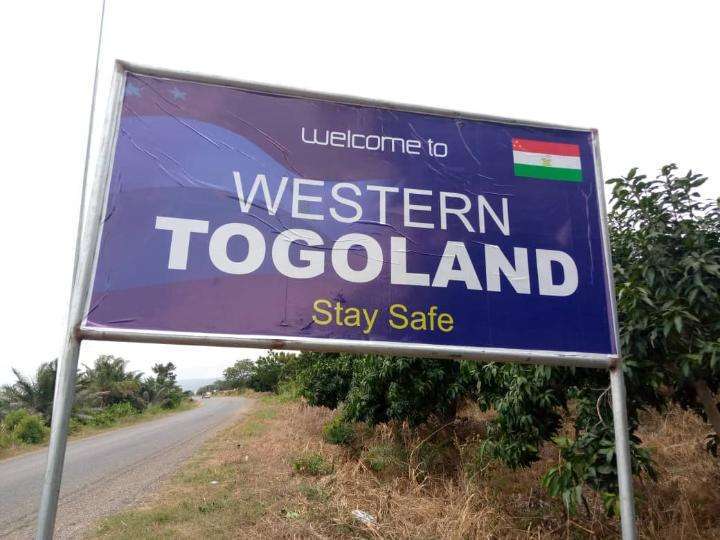 The main religions are: Christianity,Islam,Afà, and Voodo. Majority of the people in this region are Ewes.

Germany established the Togoland protectorate in 1884. Under German administration, the protectorate was regarded as a model colony or Musterkolonie and experienced a golden age.

During the First world war in 1914, Britain and France invaded the protectorate. After the German defeat and the signing of the Treaty of Versailles , the western part of Togoland became a British mandate British Togoland.

After the Second World War,British  Togoland became a United Nations Trust Territory that was under British administration.

In 1957 they voted in a plebiscite to become part of what is now Ghana.

On Thursday, May 9, 2019, the Ghana Police Service said the eight leaders of the Study Group Foundation arrested for seeking secession from Ghana planned to declare its independence.

On May 7, 2019, the national executive of the Volta separatist group, Homeland Study Group Foundation (HSGF), Emmanuel Agbavor has rejected claims that the group had militia.

On September 25, 2020, secessionists ordered Ghana Security forces out of Volta Region after attacking several police stations in the North Tongu District of the Volta Region.

In a press statement declaring their secession from Ghana, Western Togolanders under the leadership of Togbe Yesu Kwabla Edudzi II have said that roadblocks will remain until “Ghana agrees to come to the negotiation table, with expected UNO facilitation.”

They further ordered for the immediate release of all detained due to the Western Togoland independence struggle, and for immediate termination of all related court proceedings.