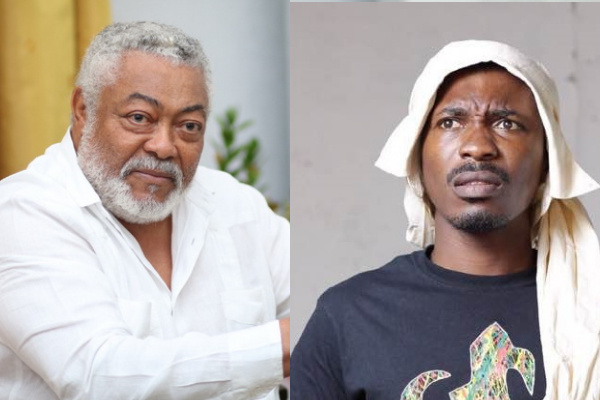 Ghana is in the state of mourning following the death of the former president, Flt Lt Jerry John Rawlings, whose sudden death occurred on the 12th of November, 2020.

However, among the few people who were fortunate enough the Papa J is the Award-winning Ghanaian comedian Clemento Ashiyete popularly known as Clemento Suarez.

In the video, Clemento mimicked the way Rawlings in a funny way which made the late former president burst into laughter.