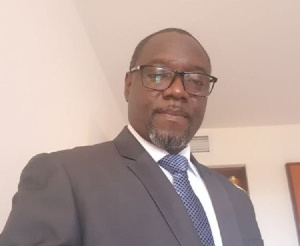 Dr Lawrence Awuku-Boateng, president of the Ghana-Russia Business Development Council (GRBDC), is calling on the Government of Ghana to put up measures to rescue some Ghanaian nationals in Russia.

In an interview with Kwami Sefa Kayi on the Monday’s edition of Peace FM’s ”Kokrokoo”, Dr Awuku-Boateng revealed some Ghanaians, particularly men, are suffering in the hands of these Eastern Europeans.

The most worrying part of the situation, he asserts, is that these Ghanaian victims cannot return home due to legal consequences or fear of a jail sentence.

Dr Awuku-Boateng recounted how the men get to Russia believing their hook up with a Russian lady on the internet will lead to marriage, only to realize that they are about to be turned into sex objects.

” . . Ghanaian men are the most patronized in Russia . . . these Eastern Europeans arrange for their ‘partners’ Visas and flight tickets . . . also some footballers are sent to Russia under the guise of securing them good soccer teams which never is the reality. A lot of the detainees in Russia were deceived to come to the country,” he narrated.

The GRBDC President further disclosed that upon reaching Russia, these Ghanaians are confined and locked up in a room without opportunity to go out or live a better life.

“While they’re stuck in the room, the only job they’re permitted to do is to have non-stop sex, multiple times with at least three women a day . . . They are subjected to multiple rounds of sexual intercourse with Russian ladies, mostly grandmothers, to the detriment of their health.

“It’s very disturbing . . . a certain man told me how he’s suffering. They are made to have sex for hours and days and woe betide you if you become tired. They will deny you food to eat and will leave you in a sorry state,” he added.

According to him, the reason why some of these Ghanaian nationals cannot return home is because it is difficult to leave Russia when one’s Visa, which is usually for 30 days, expires; hence their resort to this life threatening adventure.

Dr Awuku-Boaten, therefore, wants government’s attention drawn to the predicament being faced by some Ghanaians in Russia.