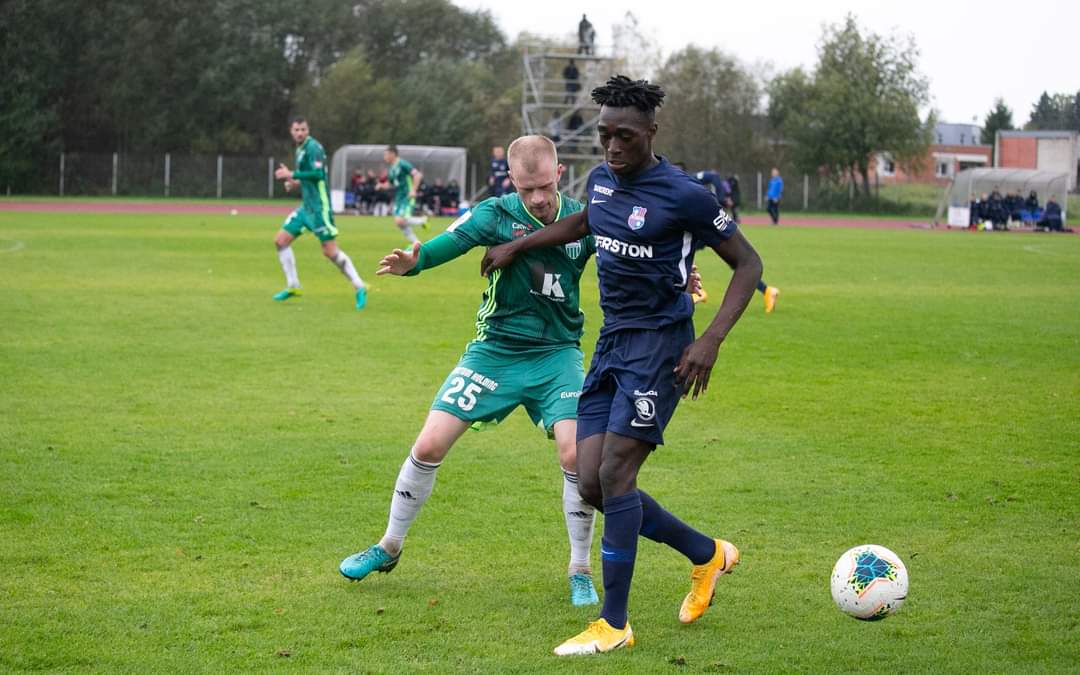 Deabea Owusu-Sekyere, the Ghanaian forward has scored his sixth goal of the season as his solitary strike propelled Paide Linnameeskond a vital home win.

Paide whipped FCI Levadia 1-0 on Sunday to shoot up to the 2nd place in the Estonian Premium liiga.

Owusu-Sekyere scored the wining goal in the 73rd minute after connecting a pass from Sergei Mosnikov at the Paide Linnastaadion.

He has now recorded 6 goals in 5 appearances to his credit in Estonian top-flight since making his debut in August.