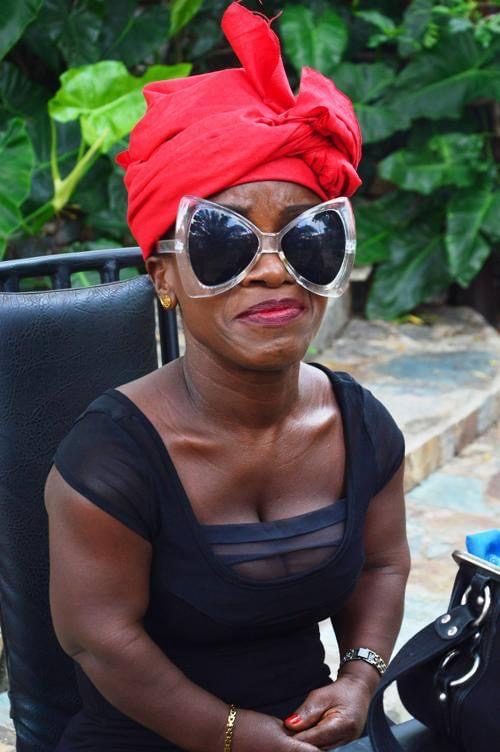 Veteran Ghanaian actress Adwoa Smart has revealed that she has never owned a car in her life.

In an interview with Okyeame Quophi ,the 54 year Actress disclosed that she has never bought a car or owned one over her 5 decades stay on earth plus being a celebrity.

Okyeame Quophi was very shocked and he asked further if throughout her life on Obra Akan Drama show she never bought herself a car, Adwoa Smart still answered no!

It’s sad how most of these veterans actors and actresses are living in a poor state.

Last week ,veteran actor Judas called Ghanaian Millionaire Osei Kwame Despite a wicked man after abandoning him in poverty after he helped him when he was struggling in.
Apparently, most veteran actors are living in a poor state but there are no operative systems to help them.