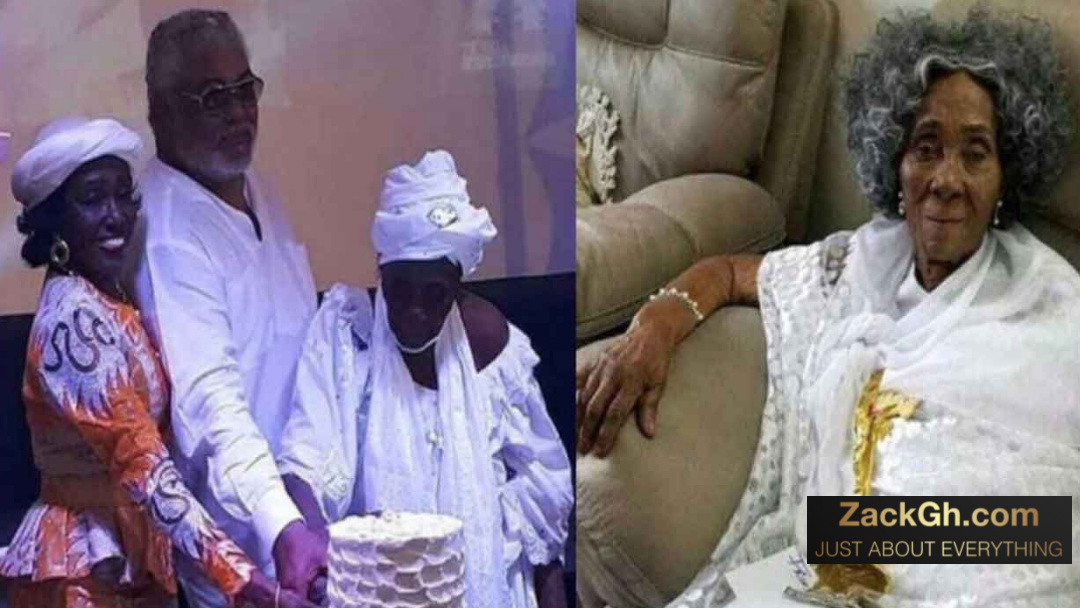 Reports reaching SarkNation Team is that mother of the former president of the Republic of Ghana, Flt, Lt, Jerry John Rawlings has passed on.

Reliable sources close to the Rawlings’ family confirmed this information. The sources noted that, Madam Agbotui had not been feeling well for some time now.

It is very sad to hear someone who just celebrated her 101st birthday on September 9, 2020 passes on, which makes it actually a farewell celebration.

Madam Victoria Agbotui, born in 1919 came into the limelight following her son’s taking power in 1979. She was also the head of the catering department at the presidency during her son’s reign. Victoria Agbotui is an Ewe who hails from the Volta Region in a town called Dzelukope near Keta.