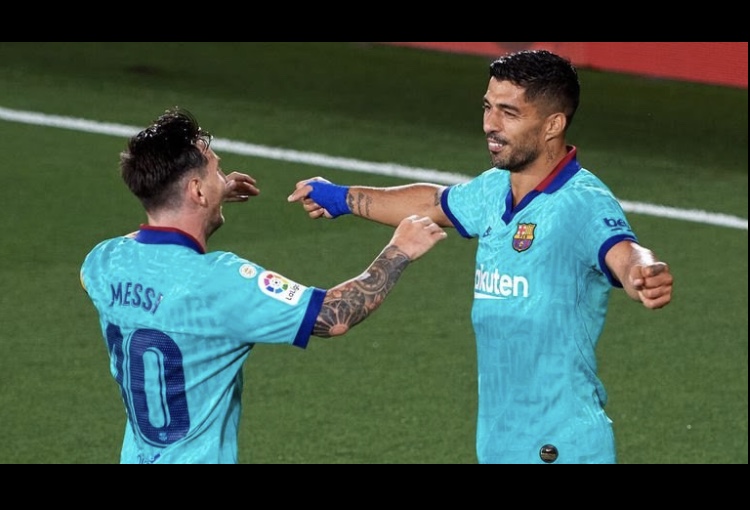 The 33-year-old Lionel Messi,who had expressed his desire to leave the club this summer only to eventually agree to stay, has blasted the club’s hierarchy after the departure of close friend, and now former teammate, Luis Suarez.

The Uruguayan striker Suarez signed for La Liga rivals Atletico Madrid this week after being told he was not part of new boss Ronald Koeman’s plans, ending his six-year spell at the Nou Camp.

Suarez cut an emotional figure during his farewell press conference on Thursday.

Messi, who had attended the press conference, sent a tribute to Suarez via social media on Friday, and criticized the way the club had treated him, saying the striker had been “thrown out” and that nothing surprised him anymore.

“The idea had already been in my head but today I entered the changing room and it really dawned on me how difficult it is going to be to not continue sharing the day to day with you, both on the pitch and off it,” he wrote on Instagram, along with an array of pictures of the pair.

“It was many years, many mates, lunches, dinners. Many things that will never be forgotten, every day together. It will be strange to see you with another shirt and much more so to face you.

“You deserved to be given the farewell for what you are: one of the most important players in the club’s history, achieving important things both as a group and individually. And not to be thrown out like you were. But the truth is at this point nothing surprises me.”

Despite being publicly unhappy with Barcelona, Messi has promised to give his all on the pitch and is likely to feature in the club’s first La Liga game of the season against Villarreal on Sunday.