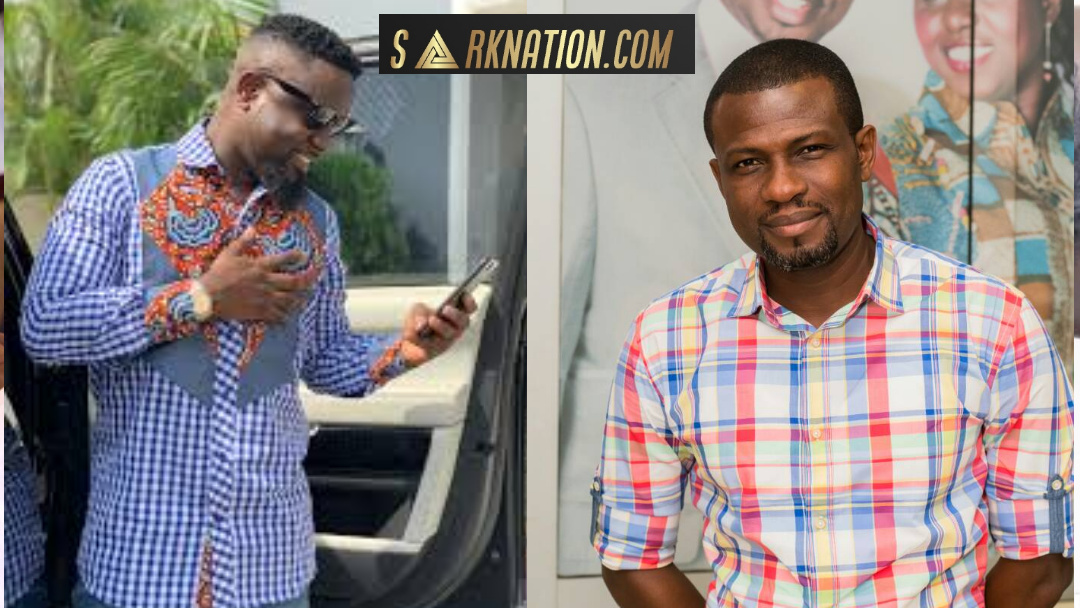 In a video sighted by SarkNation Dotcom Mark Okraku Mantey, who is the Chairman of the Creative Arts Council flaunted the money giving to him by King Sark while smiling.

He further went on to explain that the money which was given to him is his share of the disbursement of royalties on Sarkodie’s song titled ‘Party and Bullsh*t’ which he featured Idris Elba and Donae’o.

Mark thanked Sarkodie for appreciating and recognizing his efforts in helping to produce the master piece.

He further called on others to emulate the gesture of the super rapper.

The Hitz FM Programmes Director believes doing some things like this which is by giving to people what they deserve will help to grow the industry.