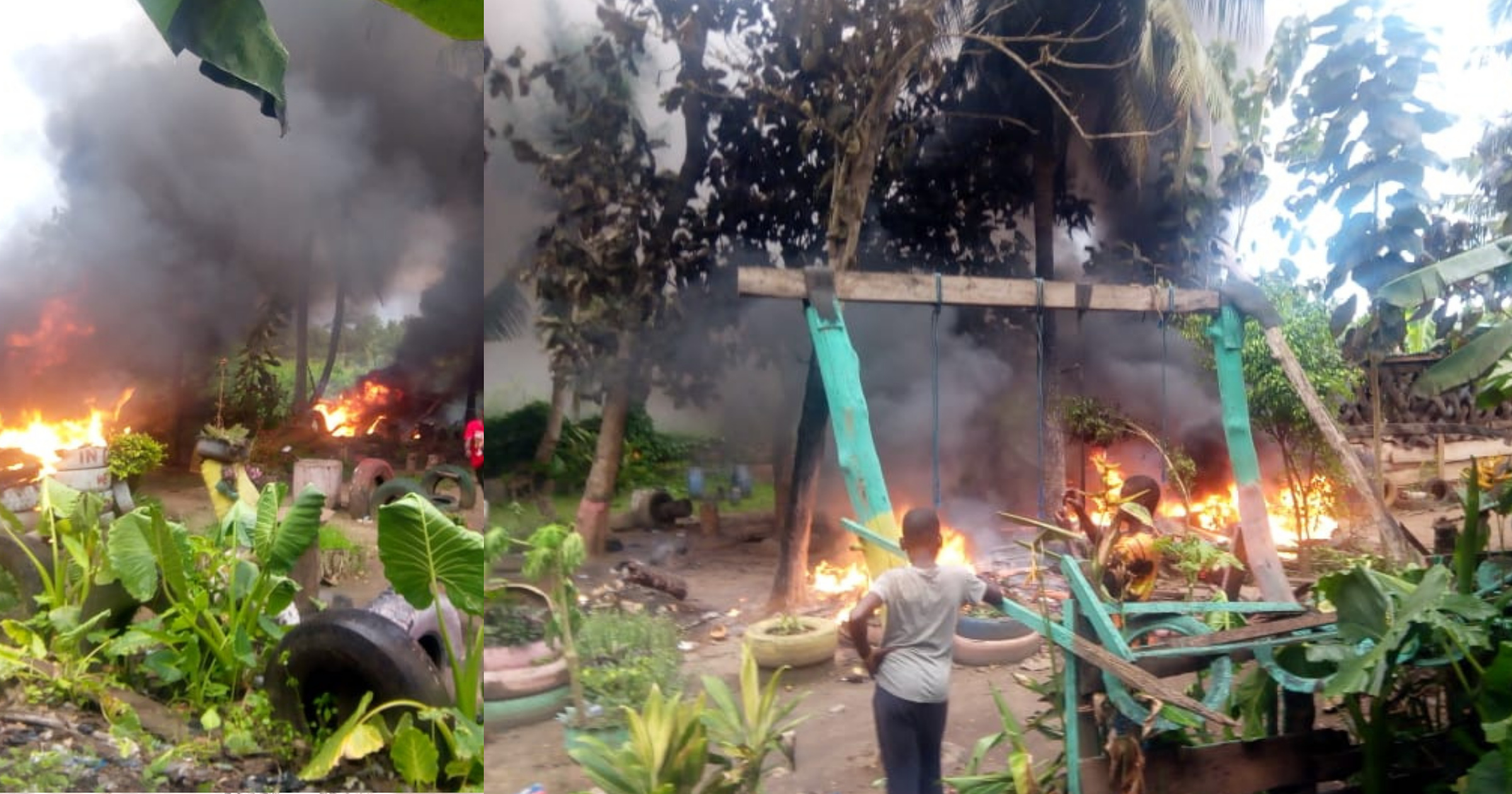 According to DSP Francis Ackah, every day they put their lives on the line to help protect and help the citizens of New Edubiase and its environment, this led police Intelligence to the operation at the suspected to be marijuana (weed) base .Their investigation alarmed the police team at the scene to ablaze and scattered the marijuana (weed) base in other to seize them not to smoke at the site anymore.

Police also retrieved unspecified quantities of dried leaves suspected to be marijuana (weed), scissors and marijuana (weed) tissue. This caused an arrest of one person and has been sent to Adansi South District police headquarters for more investigation.

He urged the citizens to remain calm and inform police whenever they see such act at their area.

Watch The Video Below: