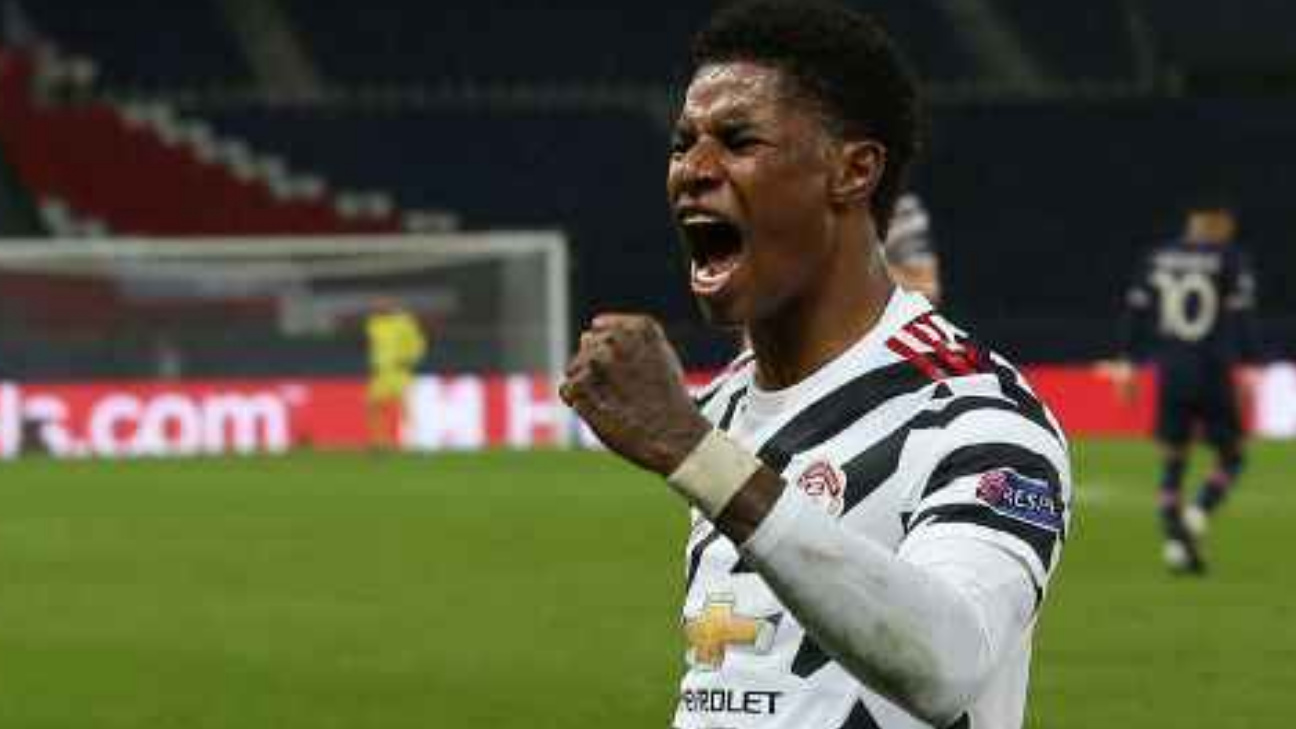 It has been a very long time since Marcus Rashford was making headlines for his day job, but the Manchester United nothing pleases the forward more than a late goal in Paris to take people’s mind back to what made him famous in the first place: his power on a football pitch. It was deja vu all over again on Tuesday as his side claimed a 2-1 win against Paris Saint-Germain on matchday 1 of this season’s Champions League group stage.

For the second time in three seasons, Rashford gained victory in the French capital by netting a late winner in the Parc des Princes. In March 2019, a stoppage-time penalty sealed a 3-1 round-of-16 win for Ole Gunnar Solskjaer’s team; on Tuesday, at the same end of the same stadium, the 22-year-old struck a 87th-minute strike that beat goalkeeper Keylor Navas from 20 yards.

The goal was classic Rashford — a powerful, first-time shot with more than a hint of audacity about it — and it was the type of goal that he has scored sporadically ever since marking his senior debut with two against FC Midtjylland in the Europa League in February 2016.

Throughout the past four-and-a-half years, the England forward has been a consistent goal scorer, but his form has dipped at times and he has gone from being tipped for superstardom to questions being raised over whether he would really ever live up to the hype with which he burst onto the scene.

His winning goal against PSG will shift the debate back to whether he can use his return to the Champions League stage to prove that he has earned the right to share the stage with the likes of Neymar and Kylian Mbappe, both of whom had frustrating nights against United.

“He can definitely be world class if he keeps improving,” former United defender Rio Ferdinand told BT Sport. “He needs to add that poacher’s element to his game. When Wayne Rooney signed for United he scored outrageous goals, he didn’t score ugly goals. He became obsessed with scoring. Marcus scores fantastic goals and creates fantastic goals; if he can create that ugly side to the game then this kid can be unbelievable.”

In a year dominated by the impact of COVID-19, Rashford has seen the focus move away from his football abilities to his contribution as a role model and leader away from the game.

The Manchester-born forward has led a successful campaign to force the government of UK to fund free school meals for children during the summer holidays, at a time when the pandemic was biting hard for struggling families. His efforts earned Rashford acclaim from the public and club rivals alike and, earlier this month, the award of an MBE medal from the Queen.

But for all the good he has achieved away from the game, Rashford remains a footballer first and foremost — being a United player provides him with the platform from which he has made such an impact — and his form has been patchy since returning to action in June following a back problem that saw him miss five months.

His winner in Paris was Rashford’s fourth goal of the season, having scored just three goals in 13 appearances at the end of last season. For a player with such obvious talent, the numbers haven’t been good enough and are one reason Solskjaer sealed the free transfer signing of former PSG striker Edinson Cavani on transfer deadline day.

Rashford, just like Anthony Martial, who was disappointing in Paris, does not score enough goals, so the veteran Uruguayan was a necessary addition, regardless of the prodigious qualities of 19-year-old Mason Greenwood.

Against PSG, Rashford was frustrating for much of the game, unable to take advantage of several clear opportunities before his late winner; indeed, Solskjaer noted after the game that chance with which he scored “was almost his most difficult.” He turns 23 on Halloween, so he can no longer be classed as a youngster finding his way in the game.

Quite simply, Rashford must make goals the norm, rather than the odd reminder of his quality, if he is to be classed on the same level as Mbappe, who is a year younger. As well as winning the World Cup, being in the Champions League every season has helped the French forward shine on the biggest stage, rather than having to endure Thursday nights in UEFA’s second club competition.

Tuesday’s game was Rashford’s 19th Champions League appearance — compared to 20 in the Europa League — and he needs to perform in the biggest competition to be regarded alongside the Mbappe-led new wave of young talent, which also includes Erling Haaland, Ousmane Dembele and Ansu Fati.

Rashford has the ability to be in that group which will eventually succeed Cristiano Ronaldo and Lionel Messi as the game’s top stars, but has to make as many headlines on the pitch as he does off it; his winning goal in Paris will help do just that.