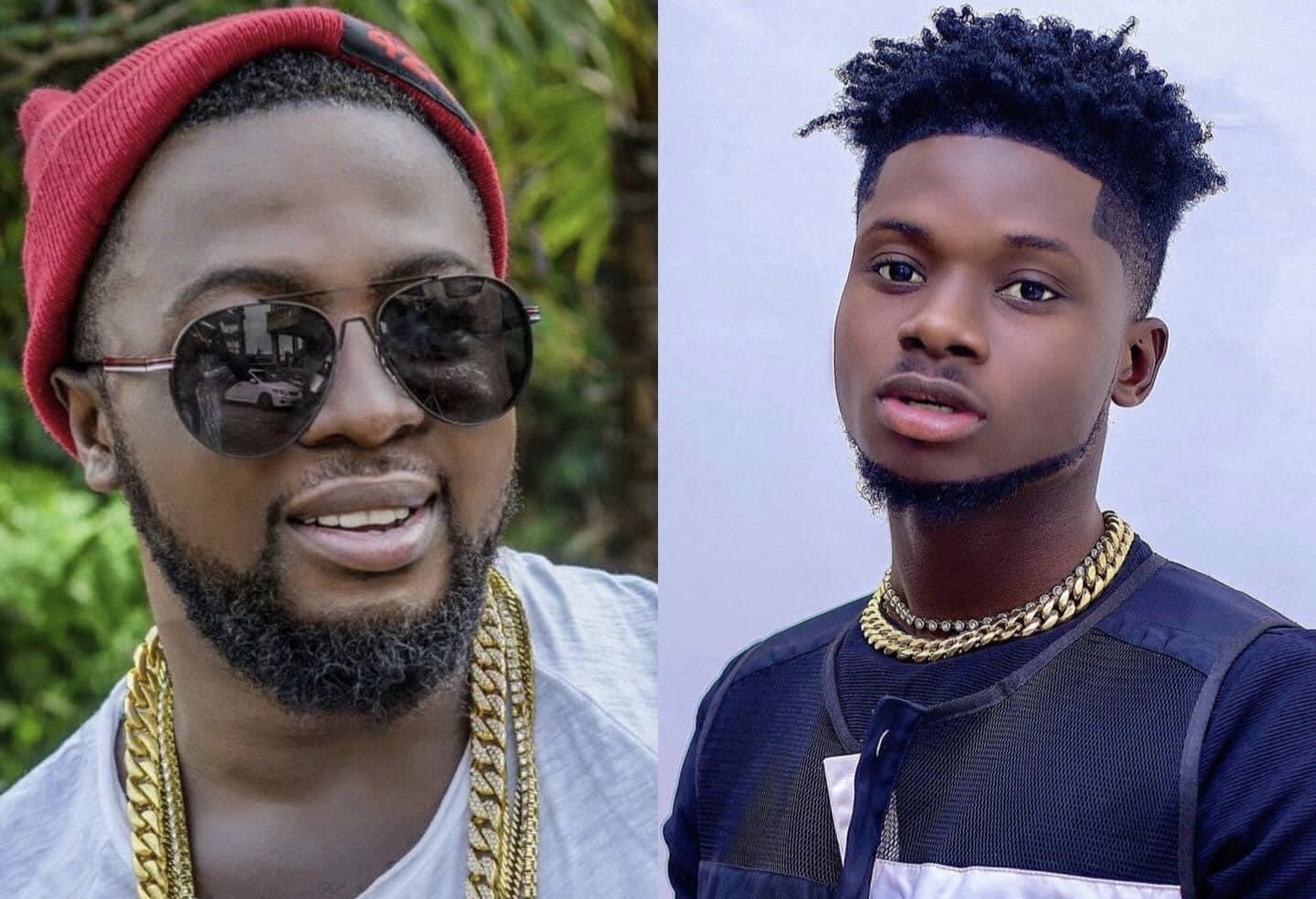 Richie Breaks His Silence On Guru and Kuami Eugene Hoo-hah
CEO of Lynx Entertainment, Richie Mensah has finally break his silence on the brouhaha between His Artiste Kuami Eugene and Rapper Guru issue.

Kuami Eugene in an interview,stated it clearly that he has refused to feature Guru on a song because Guru disrespected His boss (Richie)

This didn’t go down well with Guru and he also came out to tell Kuami Eugene today that he must know no one stays at the top forever.

Richie therefore took to his Facebook to tell his side of the story, According to him, he sees nothing wrong with what His Artiste Kuami Eugene said. Richie Breaks His Silence

I normally stay quiet in most situations but this time I only feel it’s right I say something. Guru asked Lynx for a feature with either KiDi or Kuami Eugene, but the request was denied. He then went from one media house to another insulting myself and other members of Lynx management, even to the extent of accusing us of sabotaging his career for the past 10years.

He spun stories which implied we have some extreme power in the industry to vitiate someone’s career. As usual my team and I stuck to our usual demeanour and stayed mute. When Kuami Eugene was asked in an interview if he would feature Guru, he simply said he couldn’t because Guru had insulted me consistently, and it wouldn’t be right to do a feature with someone who was disrespecting his boss.

Let’s call a spade a spade. There was nothing disrespectful in what Eugene said. I’m a responsible leader, and I would have chastised my artist if he spoke out of turn. So my question is, those attacking Eugene for allegedly disrespecting his elder Guru, where were they when Guru was attacking myself and my reputation in a disrespectful manner? We talk about unity in the industry and then we go around bringing each other down. I personally have no problem with Guru. Never have and never will. I like to conserve my energy towards constant success and development than to waste my time on petty squabbling. Guru is a natural hitmaker, and doesn’t need KiDi nor Kuami Eugene on his song to make a hit. So there really should be no offense taken in any of this. So can we just drop all this wahala and everyone go back to making hits for Ghana 🙏🏾 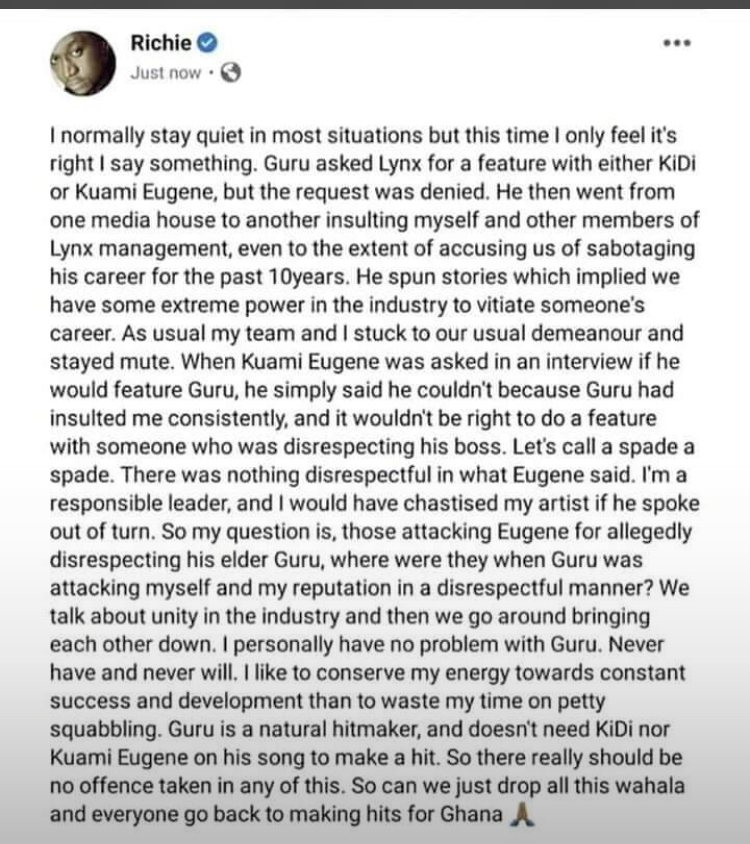