Sarkodie - All Is You ft. Mugeez (Audio Slide) 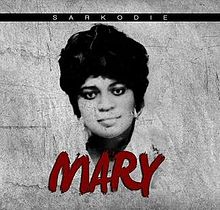 Sarkodie’s “Mary” album features live instrumentals which is different from what he always does and this proves his versatility to his fans and critics. The name Mary for the album is that of his grandmum and this is in honour of her.

The ‘Mary Album’ is Sarkodie’s 4th Studio Album named after his Grandmother who died in 2012.

Thw album contains 10 solid tracks which most of the songs are produced by Akwaboah Jnr.

Listen to the song with the link below:

In this article:Mary, Mary Album, Sarkodie