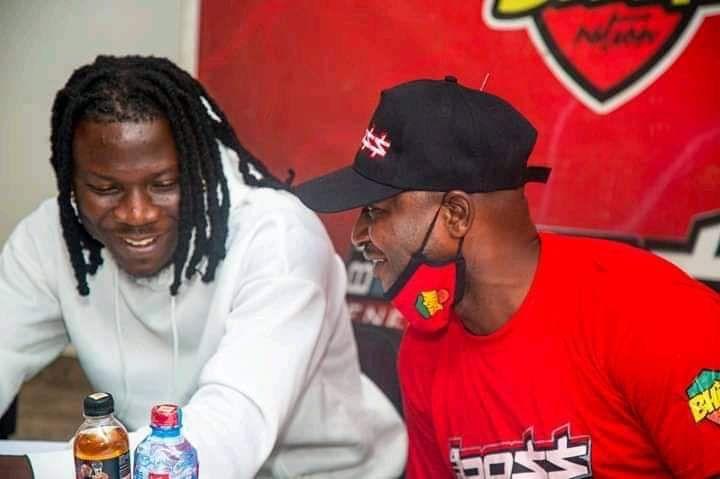 Stonebwoy first visited Tamale in the northern region for his road show and he also visited some Radio stations and TV Station particularly NTV for interviews.
After Tamale on Sunday, Stonebwoy Proceeded to Bawku in the Upper East Region to continue the road show and to also sell his Boss Energy drink. Stonebwoy fan base in Bawku was Overwhelming,See the pictures of Stonebwoy in promoting his brand and selling his boss energy drink:

Stonebwoy didn’t end in Bawku but came back to Bolga on Tuesday 17th November,2020 to continue his road show and to sell his boss energy drink .He was welcomed  by another massive crowd of Fans. Undoubtedly,Stonebwoy has mad fan base in the north just like he has in Ashaiman .

Bhim Natives has since made it their official drink, this add to the merchandise shop he opened in Ashaiman for the sale of the bhim merchandise.

The awesome welcome and the happy faces and excitement expressed by the indigents of Tamale, Bawku and Bolgatanga shows the star has a strong fan base in the north.