Home News Youth Of New Abirem Voices Out Their Concerns At CDD – Ghana...

To educate the youth about the value of decision-making, Center For Democratic Development (CDD) traveled to New Abirem of Birim North in Ghana’s Eastern Region. The district was chosen among other 30 districts for this project. “Promoting Youth Participation in Decision Making in Local Governance” is the program’s theme for this year.

According to statistics from 2022, 38.2 percent of Ghana’s population is under the age of 35, however they participate very little in local government. In light of this, CDD has made it their mission to inform the public about the value of involving children in decision-making.

The youth population also faces several difficulties, the most significant of which is unemployment, which has massive effects, including protests, vigilantism, and armed robberies.

Adontehene of New Abirem stated that because Newmont Ghana owns half of their lands, the district suffers from high unemployment. As a result, they are doing everything in their power to assist the youth in finding employment in the mining company.

While we have local contractors, the majority of the contracts in the district are awarded to individuals from outside the area.

Additionally, The Youth Employment Authority, which should be examined, only employs party members.

The district, once more, does not involve the young in decision-making – Akwesi Boateng made the above assertions

Elia Azabire, a different young guy, also made the assertion that, despite the firm claiming their land, you must pass through rigorous procedures in order to obtain employment at Newmont.

The chief of Adeusena was also accused of not listening to the youth  because they want a factory built in their village, but he is attempting to use funds from Newmont to build a basketball and valley ball court instead.

In response to the assertion that using local contractors is not required, the District Coordinating Director, Patrick R. Aparik explained that contracts are published in the press and qualified applicants are chosen and that it’s not mandatory for Government to employ local contractors.

The youth were accused of not showing up to meetings whenever the chiefs invited them for a dialogue. The youth, however, refuted this accusation and said there was no need to show up to their meetings again because the chiefs do not listen to them.

The district coordinating director urged the youth to overcome problems via conversation rather than conflict.

Below Are Some Pictures Of The Occasion: 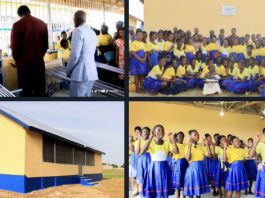 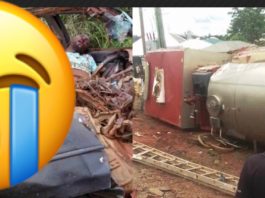 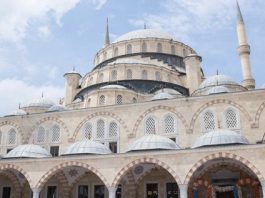 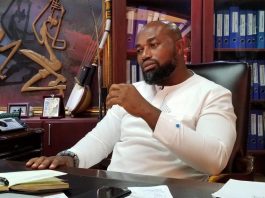 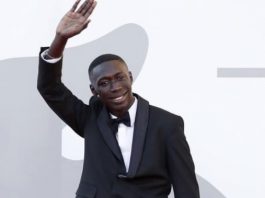