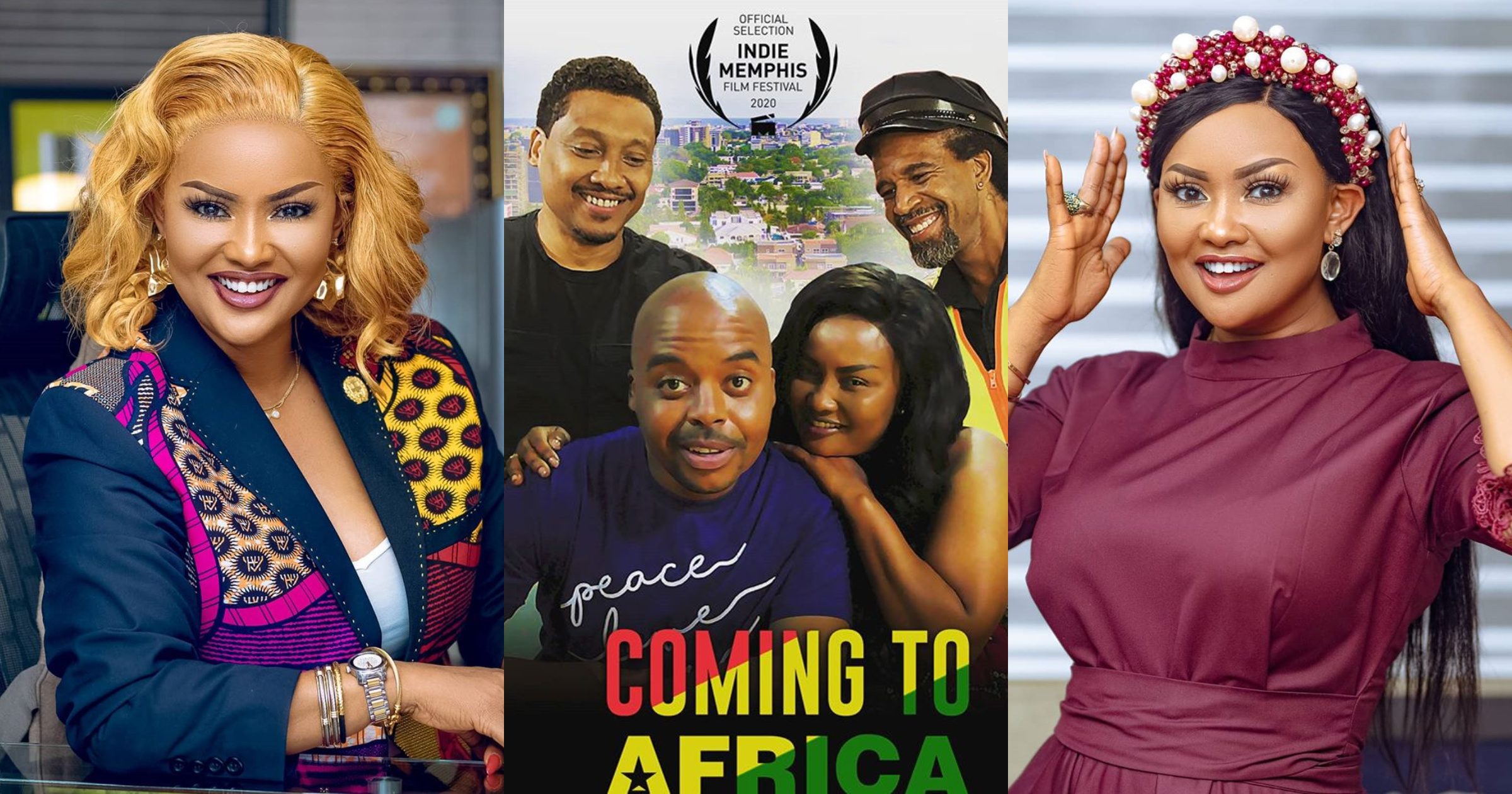 The film is written and directed by American filmmaker Anwar Jamison and was shot in Memphis (United States) and Accra (Ghana).

The Accra scenes in the movie were shot in 2019 during the ‘Year of Return’ celebrations.

The romantic comedy is woven around an African American man (Jamison) who lives in his comfort zone and refuses to criticise any social ills for the fear of upsetting his privilege life.

But when something happens and he visits Ghana (Africa), his perspective changes after he meets and falls in love with Nana Ama McBrown (Akosua).

A synopsis of the film on Imdb.com reads:”Adrian (Anwar Jamison), a philandering financial executive, has spent his entire life shunning Black consciousness and chasing corporate success. Adrian’s brother, Buck (Khalil Kain), is an activist who routinely holds community meetings in his barbershop. After a perfect storm of disappointment and discrimination, Adrian finds himself in Ghana on an amusing adventure where he meets Akosua (Nana Ama McBrown) and finds nourishment for his soul.”

The film was supposed to be released in cinemas earlier in 2020 but had to be postponed to October because of restrictions caused by COVID-19 pandemic.

Prior to the release, a trailer of the movie has popped up online showing Empress Nana Ama McBrown in action.

Aside Nana Ama, the trailer shows other Ghanaian movies stars including David Dontoh and Paulina Oduro.

The movie has also been selected for screening at the 23rd Annual Indie Memphis Film Festival down on the Mighty Mississippi River, on Friday, October 23, 2020.

Jamison announced this via Instagram by sharing the selection poster.