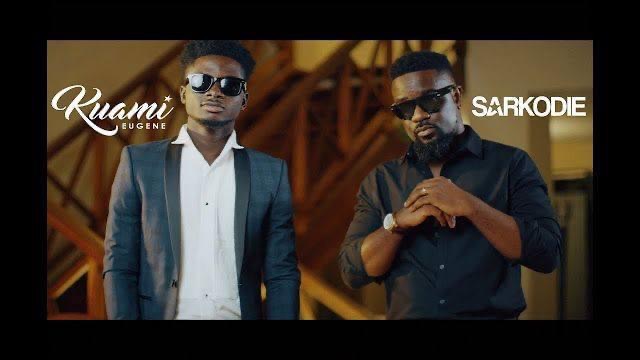 sarknation.com monitored Kuame Eugene on Xpressive Show on GHONE television yesterday and he explained why he featured Sarkodie and not Shatta Wale on the Beifour track from his Son of Africa album. He said, he chose Sarkodie because he needed some who can really explain what he was talking about.

“Shatta Wale is More like a commercial artist, he makes hit songs and more like me. When Shatta is in the studio, his motive is to bring out a hit song but Sarkodie on the other hand is the artist who always wants to come out with a message and put it out there” ,Kuame Eugene said.

He also said, if he needed some to help him announce his message to the rest of the world, then he needed somebody that goes that line. That’s why he called on Sarkodie on the Beifour track and King Sark did amazingly on it.

He stated that, he featured Shatta Wale on the Ghana We Dey track because he needed a feel of dancehall on the album and Shatta Wale did well on that track.

He reiterated that; his album is titled ’Son of Africa’ because he wants to be positioned as that guy that can be accepted in every African home. He has artists such as Sarkodie, Shatta Wale, Obaapa Christy, Bright of Keche, Falz the Bad Guy, Zlatan, Samini and a host of other artist featuring on tracks from the Son of Africa Album.

In this article:. Kuami Eugene, Sarkodie