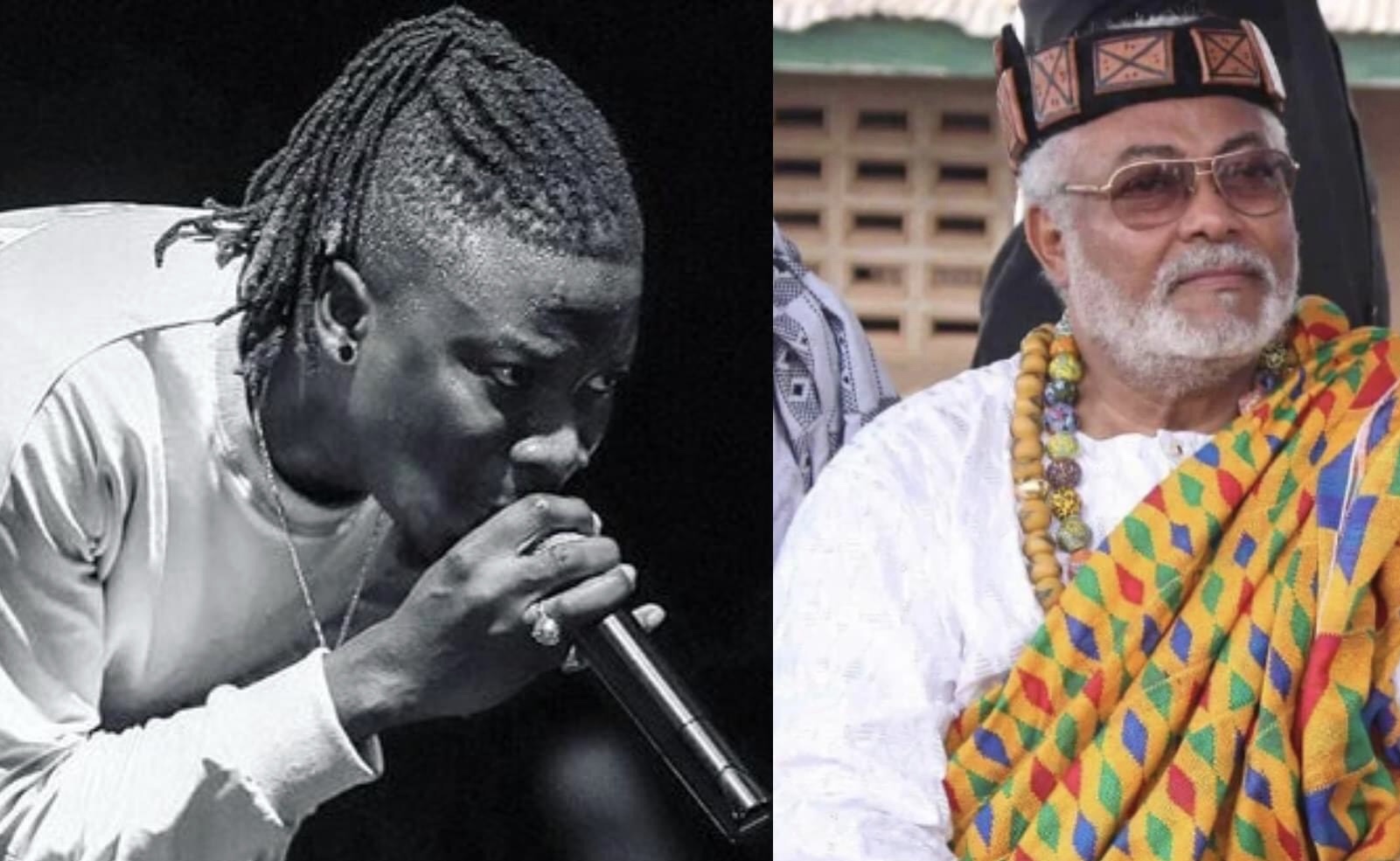 Mr. Rawlings died on November 12 last year at the Korle-Bu Teaching Hospital in, Accra, after a short illness. Stonebwoy Set To Tattoo JJ Rawlings, Checkout Why.

He was credited with maintaining the country’s stability.  J.J Rawlings as he was fondly called, led a military regime for more than a decade before returning Ghana to multiparty democracy in 1992.

He also contributed to peace efforts in Liberia and Sierra Leone during the civil wars in the 90s.

Rawlings will be remembered as a disciplinarian but also as a leader who cared about the poor. Recently, he was an African Union envoy to Somalia.

Papa J as he is called by many was laid to rest Yesterday, Wednesday 27th January 2021 at the military cemetery. Stonebwoy as part of showing his love to the former president reveals that he is going to tattoo him cause he is a freedom and justice fighter and so he (Stonebwoy) loves him die.

In this article:J.J Rawlings, Stonebwoy