At Dr. Osei Kwame Despite‘s 60th birthday party in his hometown of Wiamoase, all of your favorite celebs showed there.

The Ghanaian successful businessman appears to be the current trending topic on all media platforms in Ghana, including radio and television stations. As for social media, we don’t even know how to describe it because he is currently the second trending topic on Twitter as this article is being written. 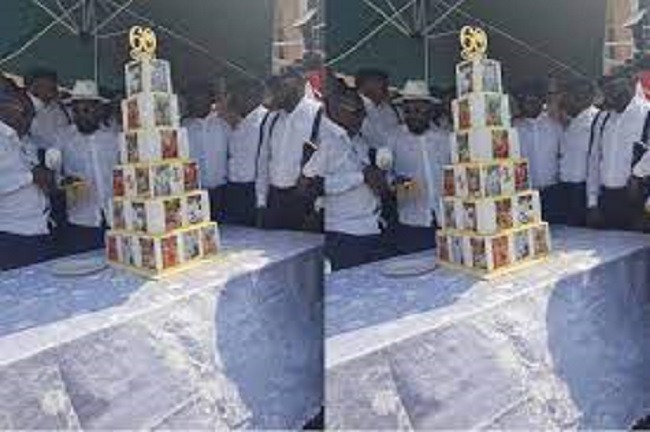 The Chief Executive Officer of Despite Company Limited, which owns and operates television and radio stations across the nation, is celebrating his birthday in spectacular style in his hometown in the Ashanti Region, with Ghanaian celebrities flocking to express their support and wish him well.

WHO IS DR. OSEI KWAME DESPITE

Kwame Despite (born Osei Kwame on February 2, 1962 in Agona Wiamoase, Ashanti Region) is one of Ghana’s most successful and wealthy businessmen.

At Dunkwa-Offinso, he began his career as a petty trader, selling music cassettes, padlocks, feeding bottles, and other items. He joined other friends to seek better pastures in Lagos, Nigeria, after years of difficult effort in the hamlet to make it in life.

In 1983, he returned to Ghana with millions of other Ghanaians who had been forced to evacuate Nigeria owing to political unrest in the West African nation. He just brought a chainsaw and a trident tape player back from Nigeria.tures in Lagos, Nigeria, after years of difficult effort in the hamlet to make it in life.

He has done so much good for Ghana’s Creative Arts Industry that it’s no surprise that so many people and major participants in the industry gathered to honor him on his 60th birthday. Take a look at the video of some of the famous Ghanaian personalities that were present to cheer him up:

Almost all your favorite celebrities