Tom Holland and Zendaya who are both stars arrived in town for the big project of the Film Spider – Man 3.

However, they are to start with the principal photography soon.

Zendaya played a character in Jon Watt’s Spider -Man Homecoming in 2017. Zendaya will however play a significant role in Spider – Man 3.

Just Jared revealed a photo of Zendaya who had arrived in Atlanta with a private plane with her crew.

Zendaya then took to her Instagram to confirm that indeed she is in Georgia capital, although unlike Holland but she didn’t mention that it was for the Film Spider -Man 3. 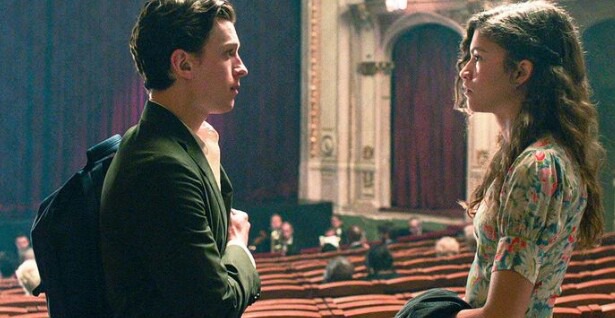 Marvel studio and Sony pictures Entertainment are yet to officially announce the cast.

If Marvel Studios will give more hits on the new Spider – Man 3, in any case we will be hoping that the blockbuster will further explore Zendaya not because she’s related to Spider- Man but because she’s also an interesting character.

Edrine Yeboahhttp://Zackgh.com
I'm Edrine, popularly known as Edrino Greatness, a Ghanaian sensational blogger with so much passion for blogging. I'm a Team player and can work under any circumstances. I believe in possibilities and can do spirit. You can get in touch with me by contacting me on +233570405064 or Send me a messsage on WhatsApp. @Zackgh.com we publish Articles about Entertainment and also help promote upcoming and mainstream Artistes to upload their songs as well on our page. I leave you with my favorite quote "Every dream is possible and there is nothing one cannot do if you put your mind to it".

B-Wayne Is Out With “On God” Official Music Video Ghanaian outstanding artiste B-Wayne drops the music video for his latest banger “On God”. The...
Read more
Gospel News

B-Wayne Is Out With “On God” Official Music Video Ghanaian outstanding artiste B-Wayne drops the music video for his latest banger “On God”. The...
Read more

Gyakie - For My Baby Gyakie, a multi-talented Ghanaian artist, releases "For My Baby" as her second song of the month. Gyakie's latest album,...
Read more
Load more