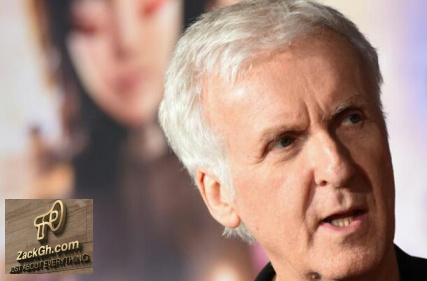 Alita: Battle Angel is considered a cult classic for many fans that witnessed the live action adaptation of the anime franchise, with the hashtag of #AlitaArmy celebrating the movie as well as rallying for a sequel to the 2019 blockbuster, and it seems as if one of the creative minds behind the movie in James Cameron has revealed the movie is returning to theaters.

James Cameron, who is currently working on the sequels to his massive blockbuster in Avatar, had been working to get a live action Alitamovie made for years, finally succeeding last year.

The movie was a success at the box office when it was released world wide in 2019, giving us a new take on the classic anime tale from 20th Century Fox which was directed by Robert Rodriguez.

Alita: Battle Angel ended on something of a major cliffhanger, with the true villain being revealed in the final seconds of the film’s running time, leaving fans wanting a sequel that much more.

While Alita 2 has yet to be announced, it certainly seems as though the demand for the sequel isn’t stopping any time soon as social media fans continue to campaign for the next installment of the movie.

James Cameron shared the news that Alita: Battle Angel would be returning to movie theaters later this month on Ocotber 30th, giving fans the opportunity to once again dive into the cyberpunk future that has become a fan favorite when it comes to anime adaptations.

Alita was first released as a manga, Battle Angel Alita, in 1990, running for around five years and ultimately receiving an anime adaptation long before the live action feature length film hit theaters.

As mentioned earlier, James Cameron was looking to adapt the source material into a live action movie for quite a long time, acting as a producer on the recent movie in his bid to introduce audiences to this new cyberpunk world.

Though there has been no news about a sequel for the movie, or any new anime projects, it’s clear that fans will continue asking for the return of Alita long after the original’s release date.

Will you be checking out Alita: Battle Angel when it once again returns later this month? Feel free to let us know in the comments or hit me up directly on Twitter @EVComedy to talk about all the comics, anime, and the world of Battle Angel!